Motorsports is a thriving industry with ever-increasing popularity. With its vast television audience across websites and channels worldwide, Motorsport is an excellent place for companies to get their name out there.

Motorsport sponsorships bring appealing opportunities for companies ranging from automobile brands, and food industries to insurance firms. In recent years, several insurance companies have sponsored NASCAR and other motorsports events and racing teams. With the trend only likely to grow moving forward, we’re going to dive into the insurance companies that covet these sponsorship deals.

So, let’s take a look at the top Insurance Companies Sponsoring Motorsport Events in 2022.

Among motorsport events, NASCAR has a growing popularity and viewership in the U.S. With upwards of 4 million viewers, it generates a lot of buzz and brings a lot of eyes to, not only the event but also the brands sponsoring the event and the competing teams.

One of the most enduring insurance company sponsors in NASCAR, GEICO has sponsored race titles, campgrounds, and teams since 2001. The GEICO logo has had a long-standing presence on the track and in races across NASCAR over the years.

On March 25, 2019, NASCAR and GEICO announced a multi-year agreement, recognizing GEICO as NASCAR’s Official Insurance Partner. As part of the agreement, GEICO will be present at major NASCAR events, expanding on its at-track engagement activities.

GEICO’s assistant vice president of marketing, Bill Brower, believes that by expanding its presence in NASCAR, the company will be able to better connect with its most brand devoted fans in sports and strengthen its marketing platform.

One of the drivers who has been able to truly make news is Bubba Wallace, essentially for taking an anti-racist stance in a dominantly white sport. As the star’s popularity began to soar, Root Insurance launched a partnership with Wallace and the 23XI Racing team at just about the right time.

The partnership with Wallace was announced on October 22, 2022, with the launch of the ‘Unapologetic Campaign’. Similarly, Root Insurance was revealed as one of 23XI Racing’s founding partners on December 14, 2020, joining Wallace and the No. 23 Toyota Camry for the 2021 season.

Their Chief Brand Officer, Kelly Ruoff, states that the sponsorship is intended for a socially conscious audience who makes purchasing decisions based on a shared set of values and rewards a company for doing the right thing.

The No. 23 Root Insurance Toyota Camry made its first 2022 appearance with 23XI Racing at Phoenix Raceway on March 13 during the Ruoff Mortgage 500 NASCAR Cup Series race. 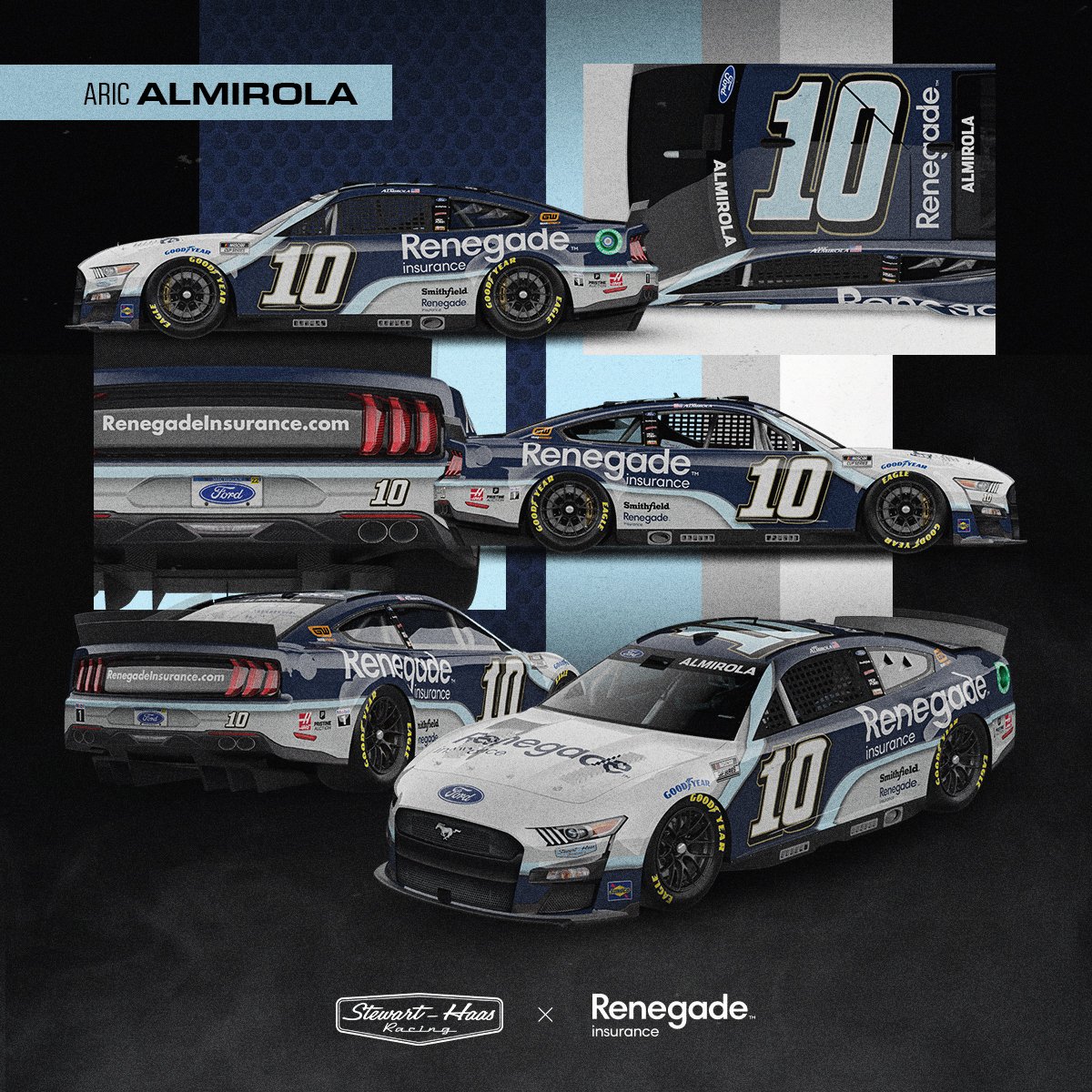 On May 10, 2022, Renegade™ Insurance announced its partnership with Stewart-Haas Racing, one of the most successful NASCAR teams of all time. Renegade Insurance announced that it will be an associate partner for the remaining races in 2022, starting with the trip to Kansas Speedway. Renegade will debut as a primary sponsor for Almirola and Team 10 at the Southern 500 at Darlington Raceway (SC) on September 3-4.

Rashik Adhikari, founder and CEO of Renegade, expressed that NASCAR is a fast-paced sport, and Renegade reflects the rapid need for change in the insurance sector for agents, customers, and carrier partners. The founder also claimed that Renegade supports the needed change with speed, efficiency, and accuracy, which is the same winning philosophy that Stewart-Haas Racing brings to the track. Similarly, Almirola also expressed that it is an honor to have Renegade, an ambitious company striving for the same thing they are, on his racecar.

Renegade and Stewart-Haas Racing appear to be an ideal match, with both brands’ principles aligning perfectly.

Renegade Insurance will debut in NASCAR Cup Series driver Aric Almirola’s No. 10 Ford Mustang at Kansas Speedway in Kansas City on May 15, 2022, with its logo imprinted on the roof, right above the rear window.

Auto-Owners launched its partnership with Joe Gibbs Racing in 2019 after being a long-time supporter of Turex since 2016. Being a pivotal supporter of the Martin Truex Jr. Foundation, Auto-Owners Insurance launched “Ride with Martin,” a fundraising program that allows employees to have their names placed on the hood of Truex’s race car in return for a charitable contribution to the Foundation.

Auto-Owners Insurance and Joe Gibbs Racing have extended their partnership for another season in 2022. Throughout the 2022 NASCAR Cup Series season, the insurance agency will be a primary sponsor for Martin Truex Jr.’s No. 19 Toyota Camry TRD in eight events. 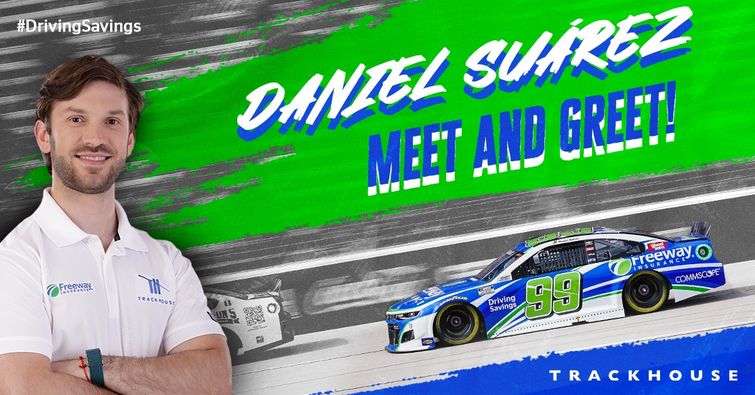 Freeway Insurance joined NASCAR’s Trackhouse Racing as a premium sponsor for its No. 99 Chevrolet Camaro and driver Daniel Suárez for the remainder of the 2021 NASCAR Cup Series season. Freeway Insurance’s logo appeared on the No. 99 Chevrolet’s lower quarter panel, team uniforms, team transporter, pit equipment, and Suarez’s uniform and helmet as a result of this agreement.

On February 3, 2022, NASCAR announced that Freeway Insurance will expand its association with Daniel Suarez and Trackhouse Racing ahead of the 2022 NASCAR Cup Series season, giving the firm a more prominent presence aboard the No. 99 Chevrolet Camaro.

Cesar Soriano, Chief Executive Officer of Freeway Insurance, stated that they are ecstatic to join Trackhouse Racing and deepen their partnership with Daniel Suárez, considering NASCAR fans are a perfect fit for Freeway Insurance’s products and services.

Progressive Insurance has previously sponsored NASCAR cup series participant Roush Fenway Racing on its No. 6 Ford Mustang. The driver for the sponsored car was Ryan Newman for the NASCAR Cup Series at Atlanta Motor Speedway. However, the sponsorship only lasted for one season, and the contract did not follow suit.

Nationwide insurance
Nationwide Insurance sponsored the  Hendrick Motorsports No. 88 at the end of the current NASCAR Monster Energy Series. The vehicle was driven by Dale Earnhardt Jr., followed by Alex Bowman. However, the 20-race majority sponsorship contract ended in 2019 after five years of partnership. Moreover, Nationwide was the title sponsor from 2008 to 2014 of NASCAR’s secondary series.
Insurance King
Insurance King has sponsored the Rick Ware Racing (RWR) No. 52 with Josh Bilicki as the driver for three seasons. The race took place at the Bristol Motor Speedway. The primary reason for sponsorship was to be included alongside Fortune 500 companies like Coca Cola. 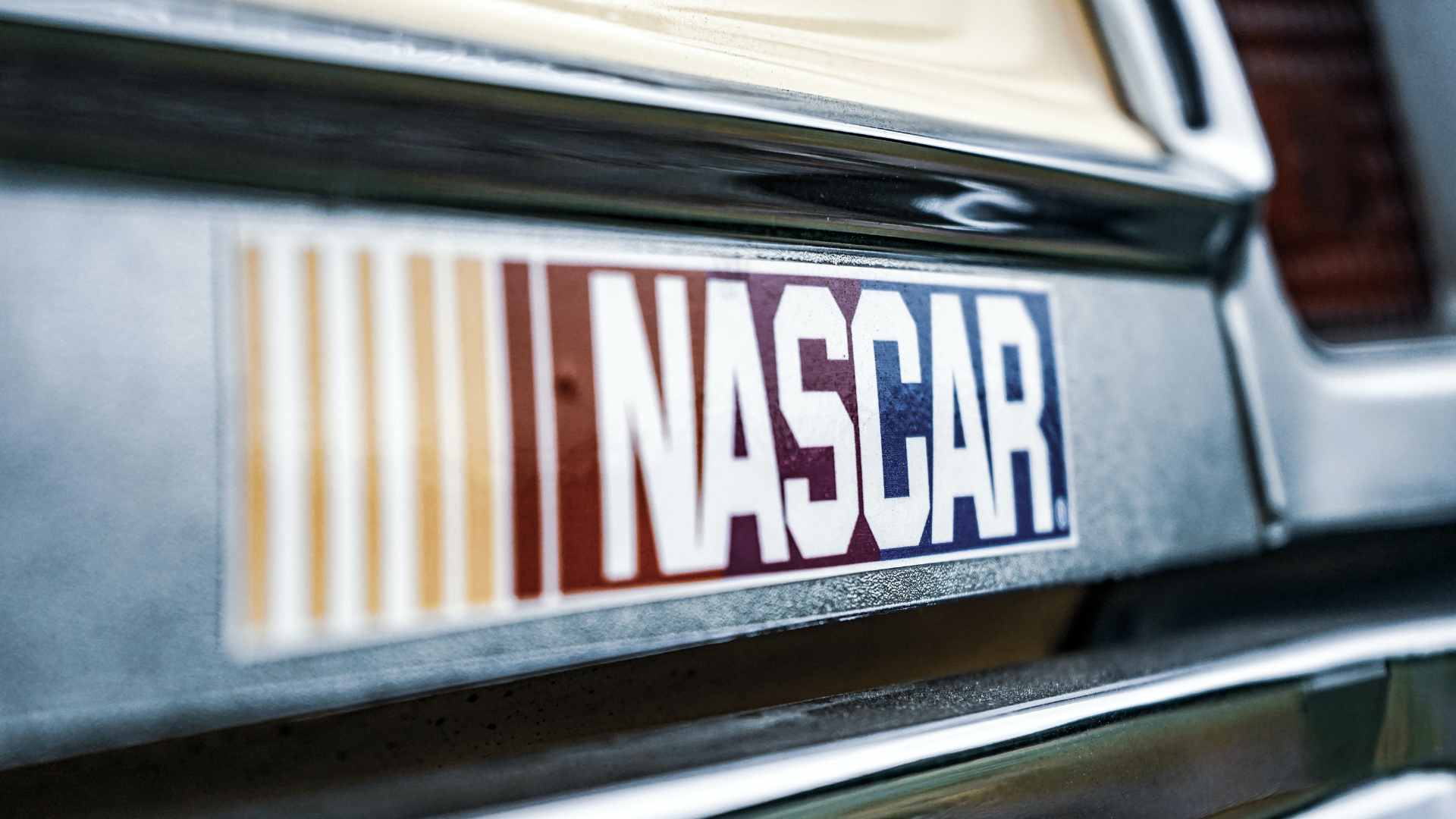 Liberty National Life Insurance Company launched its first sports sponsorship in 2016 with Roush Fenway Racing on the No. 6 Ford Fusion with Trevor Bayne in the driver seat. Later, it extended its sponsorship to the Monster Energy NASCAR Cup series with Daniel Hemric of Richard Childress Racing in 2019.
Farmers Insurance and Allstate Insurance
From 2015 to 2017, Farmers Insurance sponsored Hendrick Motorsports No. 5 at the 12 Sprint Cup Series. Kasey Kahne took over the wheels for the event. The insurance giant also had a unique marketing scheme where they let the fans design the paint scheme on the Chevrolet SS.

Before Farmers,  Allstate  was a major NASCAR sponsor, featuring Kahne in their ads from 2005 until 2009.

Like NASCAR, many motorsports’ events have been sponsored by insurance companies throughout the years.

From 2009 to 2010, Allianz Insurance was a primary partner for Formula One and had a partnership with AT&T Williams. Allianz SE was also an official partner for the FIA Formula E Championship for five seasons.
Gallagher for IMS Road Race
In April of 2022, Gallagher Insurance announced a title sponsorship for NTT INDYCAR SERIES with Team Penske, where Scott McLaughlin will take the driver’s seat.
Generali for MotoGP FIM World Championship
Generali started a title sponsorship in 2009 for Gran Premio de la Comunitat Valenciana. It also struck a three-year sponsorship for the vehicle manufacturer Ducati for MotoGP.

Premier Insurance extended its sponsorship to the Amery Motorsport racing team in the 2016 Track Day Championship.

Sponsorship deals in motorsports events are a growing trend. With an upwards trajectory, insurance sponsorships are starting to become a staple in NASCAR and other events. While there are visibly more such sponsorships in NASCAR than in any other motorsport, it’s sure to increase as more events are held and more teams look to partner with different brands. And with the increasing viewership at such events, we should be on the lookout for more deals between racing teams, events, and insurance companies in the future.