Directors And Officers Insurance: Extra Security for Nonprofits in 2023

We provide you with insurance experts for your insurance needs

Have you ever wondered what it takes to run a nonprofit organization? Nonprofits are essential sources of change for the better and operate to objective to bring positive change. The directors and officers of nonprofits are subject to high ethical standards. They need to reflect those standards in the communities in which they operate.

But nonprofits can’t run on good intentions alone. The internal and external operations of nonprofits can be subject to misfortune and malfeasance. Or even perceptions of misconduct, even if the people in charge have the best intentions. For this reason, they need excellent directors and offices insurance policies to back them financially for the various risks involved. 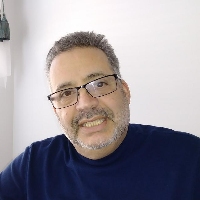 "Honor the Past, Live the Present, Create the Future."

"Be the best you can be at all times."

What Exactly Are Nonprofits?

A nonprofit is a tax-exempt organization that exists to provide social services. They often run on donations or are self-funded, and the funds help to further a specific social cause.

Who are the Directors and Officers for Non-Profits?

A board of directors and officers often decides the actions taken by nonprofits. The larger the organization, the higher the risk with each decision made. The committee can consist of a small group of founders, hired directors and officers, or a mix. Regardless, these people are liable whenever things go wrong.

For example, when Red Cross volunteers cause reputational risk to the organization, they may lose their positions. But the high costs of withdrawn donations, PR hindrances, and lawsuits would all fall on the directors and officers.

The Most Important Policies for Directors and Officers Insurance for Nonprofits

There are multiple areas to cover in directors and officers (D&O) insurance, but these are the most important policies:

Governance claims are few and far between. But it’s still an important policy, particularly for large-scale operations. It covers allegations made against the board of directors and officers of nonprofits that a basic D&O policy wouldn’t cover. An organization would require it in instances of alleged organizational malpractice or internal or external legal mishaps, accidental or otherwise.  Governance claims include the following:

This coverage is similar to governance liability but pertains more to misuse of funds or financial data. This is an important coverage to keep in place as fiduciary allegations are serious and could jeopardize the longevity of your nonprofit.

Fiduciary claims include the following: 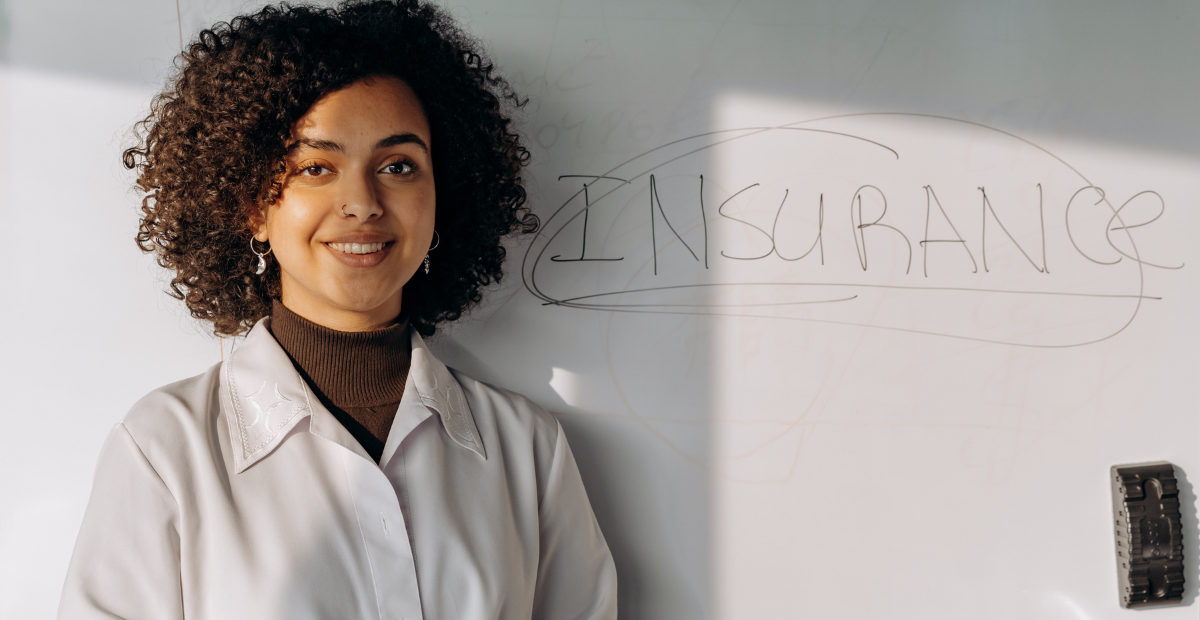 More Policies for Directors and Officers Insurance for Nonprofits

Along with employment practice liabilities, fiduciary liabilities, and government liabilities, there are many more basic areas of coverage that are extremely useful in other scenarios. A thriving nonprofit organization would still require these, though considerably lower risk factors.

General Liability Insurance covers all of the expenses related to physical injury of clients while on your property and damage to your property. It’s also useful for covering lawsuits, particularly libel and slander.

Business Owners Policy is a type of business insurance that combines general liability insurance coverage with commercial property insurance. This is a smart buy, as you can find it at a relatively lower rate than if you were to purchase each policy separately.

Professional Liability Insurance is commonly known as errors and omissions insurance. This policy can partially cover legal expenses if a client sues your nonprofit for either negligent or unsatisfactory work. It’s important to have this coverage because even the most competent nonprofit organizations can have deals that backfire, resulting in resentful clients.

Workers compensation insurance is required by law in most states. It covers employees for medical costs for work-related injuries and illnesses. It compensates for the pay that they may miss when unable to work.  Even if your state doesn’t legally require your nonprofit to have this coverage, it’s ethical to do so and will attract better talent.

Though nonprofits exist entirely to benefit and serve communities, running a large operation to do any task can have certain hindrances. Nonprofits exist through donations and funding rather than the selling of a product. For this reason, securing finances for a nonprofit can be a daunting task with many obstacles. The nonprofit world is not as squeaky clean as it may seem.

According to an extensive study done by Swiss Re, claims against directors and officers are often made by donors, members, creditors, governmental bodies, and employees, amongst others. Internal disagreements, staff negligence, and client dissatisfaction often happen in the workplace. Occasionally, corruption within an organization can rear its ugly head.

In the following instances, D&O insurance for nonprofits is vital:

It’s not uncommon for large charitable foundations to face legal issues for misuse of funds. When large sums of money start coming in, trustees may receive excessive compensation. When large amounts of money are met with insufficient time and resources to support the intended purpose, it becomes elementary to claim misuse of funds.

Let’s say a nonprofit hospital receives large donations for research of a particular cause. Suppose the hospital cannot carry out the research, for any reason, whether it’s an unethical funneling of funds to the trustees or just a lack of time or an operational level inconvenience. In that case, a donor can sue the D&O for misuse of funds. These sorts of lawsuits can easily lead to eventual bankruptcy.

Creditors can allege inaccuracies in financial data. One common claim can be made if they rely upon receiving their dues by a certain allotted timeframe when they extended credit. This timeframe is often put in place by the creditor outside the control of the nonprofit. The nonprofit board can be sued by creditor companies alleging that they squandered their funds.

Customer lawsuits result from disputes when the products or services rendered are unsatisfactory. While these types of lawsuits are more difficult to evaluate, they can also lead to horrendous PR scandals, withdrawals of donations, or even eventual bankruptcy.

For example, suppose family A receives sporting goods from a particular children’s fund. In that case, the quality of the product they receive is lower than what is received by family B. Family A has grounds to allege discrimination. Even if the claims do not reach court, fighting them will be expensive without insurance. Furthermore, the media coverage of this event can lead to massive scandals and potentially end the nonprofit organization entirely.

Competitor lawsuits often stem from allegations of anti-trust or unfair competition. A competitor can misrepresent the intentions of your nonprofit organization in court in order to create a monopoly on donors and poach internal talent. Other types of lawsuits made by competitors include infringement of a competitor’s trademarks, such as logos, uniforms, or themes.

Lawsuits Under the Corrupt Practices Act

Wrongful termination is one example of this. Employees can allege their firing or layoff was illegal and in violation of anti-discrimination laws, employment agreements, or labor laws. Oftentimes, for larger nonprofits, work is departmentalized. A malevolent manager or a bitter employee can sabotage the workplace’s reputation as a whole. So, creating a clear system of reporting and making sure your employees follow that system is crucial for nonprofits.

Sexual harassment is another important example.  D&O insurance is important to protect victims as well to distance a nonprofit’s reputation from the perpetrator. Maintaining stricter guidelines on employee dating and fraternization might be important in this regard depending on the nature of your nonprofit.

What Are the Costs of Directors and Officers Insurance for Nonprofits?

According to Insureon, amongst the nonprofit organizations that buy insurance from their company, 24% pay less than $400 per year and another 41% pay between $400 and $600 per year.

Of course, larger scale nonprofits will require higher amounts of insurance. Ultimately, it depends on the size and the goals of each particular organization.

Benefits of using an Insurance Agents While Purchasing a Nonprofit Insurance

Insurance agents are not just agents but they are also your advisors, companions and your supporters. With the knowledge and skill, they have, they help you choose insurance policy that are perfect for your business needs. Here are some benefits of using an independent insurance agent while purchasing an insurance for your nonprofits.

Save money on Insurance

Independent insurance agents also offer the freedom of a one-stop shop. They consider your insurance needs and provide you policies. You save a lot of time by avoiding multiple phone calls, policies, and account manager changes.

Don’t make insurance more complicated than ever. In order to actually manage an insurance policy, there are a great many insurance terms, legal terms and coverages that you need to know.

Think of agents as consultants, advocates, advocates. They handle all the complex and inadequate aspects of insurance on your behalf, providing insight and advice when needed. Not only that, they make your insurance purchasing and even claim process easy.

Get customer service at its best

Independent insurance agents provide a personalized and quality service to their customers. They not only focus in selling insurance but also providing customer satisfaction.

Overall, nonprofit organizations are held to a higher moral standard than for-profit companies. They exist to benefit the community and to bring positive change. However, running a nonprofit on good intentions alone is not possible. You need strong guidelines and the proper insurance coverage to ensure your operations run smoothly. D&O insurance for nonprofits exists for that very reason.

Agency Height provides you with agents that are reliable, who give excellent service and who are committed in helping as many people as possible. We offer a wide variety of business insurance for nonprofits that meet the needs of customers. Our agents are knowledgeable and responsive and will provide creative solutions for coverage that are just appropriate for you.

Directors and officers insurance for nonprofits​ from MayaFontenot

What are the best companies for D&O insurance for non-profits?

The Best D&O Insurance for 2021 include:

Why is the cost of D&O Insurance so high?

D&O policies have a wide price range. They’re not necessarily expensive, but they can become expensive depending on a wide range of factors that go into the policy. Typically, an insurance company or an independent broker will assess the risk of the nonprofit. The higher the risk, the higher the cost of the D&O coverage. 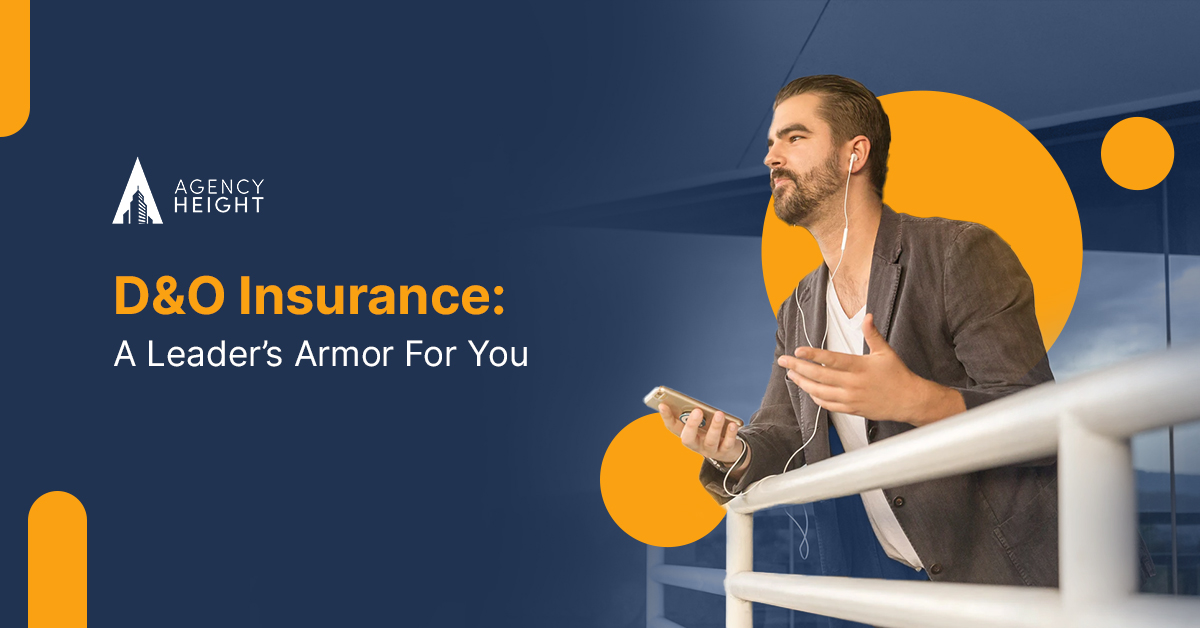 The Best Kept Secrets Behind A Perfect D&O Insurance Plan

Learn everything you need to know about D&O insurance, including corporate secrets on how to save big money on your plan.

Contractual Liability Insurance: What You Need to Know!

Contractual liability insurance might assist you avoid bullets that could destroy your company. Let’s see which businesses require insurance. 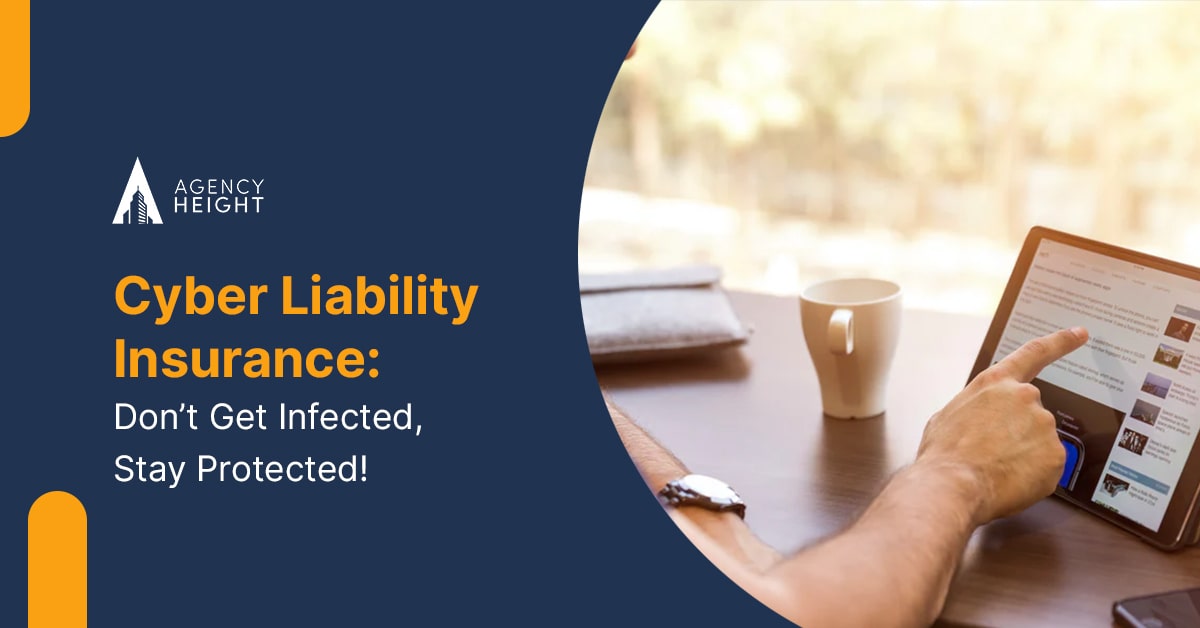 Investing In Legal Malpractice Insurance Can Be A Professional Game Changer

Legal malpractice insurance is a topic that is rarely discussed. People assume they do not require it. We’re here to tell you otherwise.